They never gave me any money or medicine.

I was just like a horse or a dog.

What I’m saying is all true. 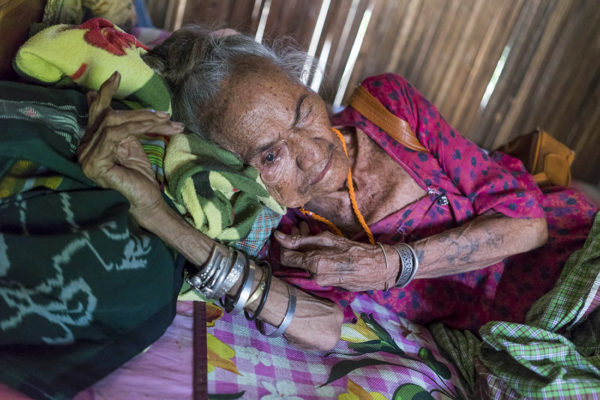 I don’t know when it was, but Japanese soldiers came and asked my parents for me. I said that I didn’t want to go, but the soldiers forced me away.

From the morning till the evening, different soldiers constantly came in. When one was done, the other immediately came. I had to do it, because they said they would kill my parents if I didn’t obey.

They never gave me any money or medicine. I was just like a horse or a dog. What I’m saying is all true. My meal was corn, instead of rice. I was with two other girls named Dafumako and Dou.

I hadn’t started my period before I went there, but after a year it began. I was there for about three years. The Japanese soldiers went home so I was able to come home, too. 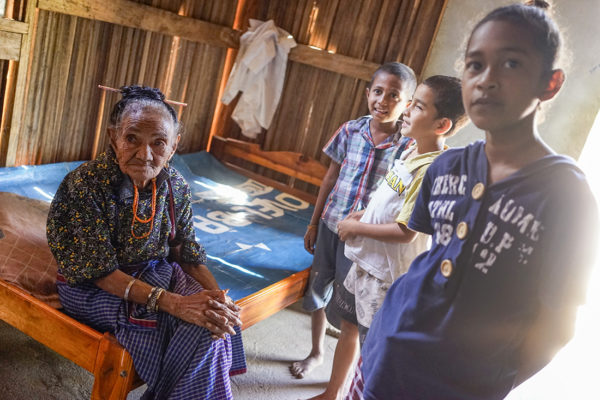 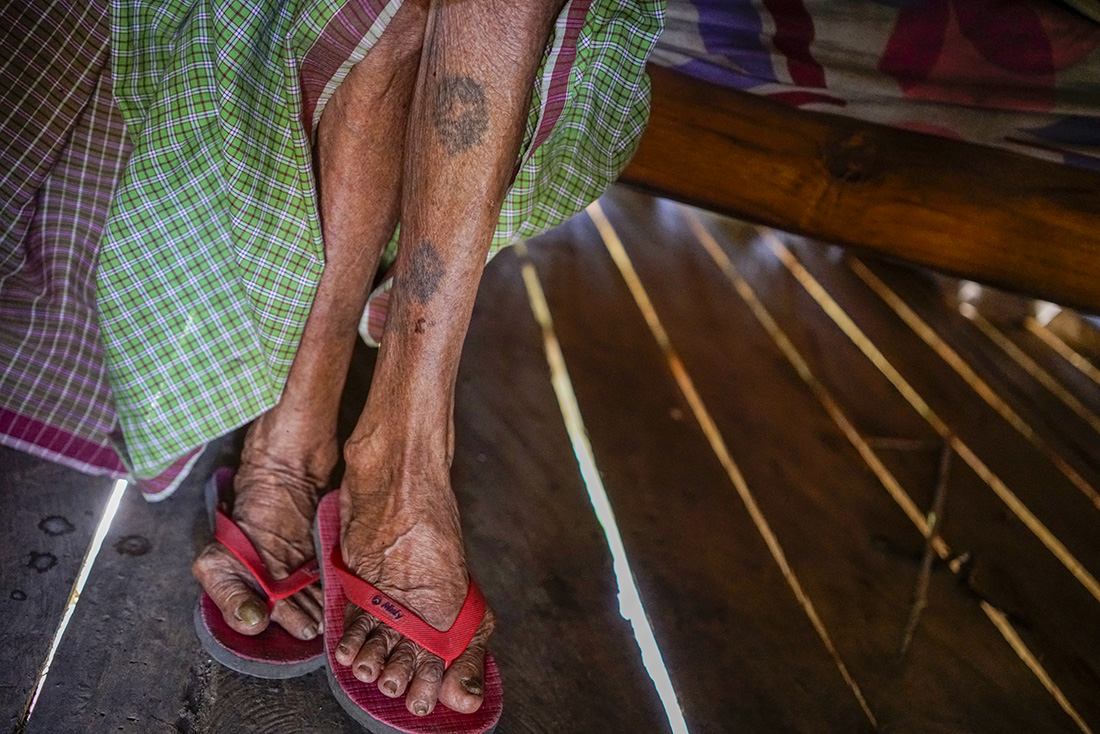 When I think about those days, I get headaches. The tattoos on my arms and legs were done by a Japanese soldier. He asked me to get tattoos first when he was with me in the comfort station. I don’t remember what it said. (The writing is blurred. Only the pattern is visible.)

* She was able to have a conversation with me in 2014 but now she doesn’t remember me. Conversation is nearly impossible now. She cannot leave the room without help. She always carries a large leather-looking bag like a treasure. It contains the things she needs, such as hair combs and betel nut.